Spotlight on a Citizen Scientist: Craig Wollam with BeachWatchers

My name is Craig Wollam, and I’m a retired construction superintendent and project manager. I’ve long been interested in the marine world. Ever since I poked my head into tide pools I’ve been fascinated by the diversity of marine life that the Pacific Northwest has to offer. But it was not until 2010 that I put my interest to action, when I started volunteering with Washington State University’s (WSU) BeachWatchers Program.

WSU BeachWatchers’ mission is to train environmental volunteers and citizen scientists. With BeachWatchers, my science bug got rekindled and I became interested in helping out long-term monitoring science programs.

When NOAA Scientist Casey Rice sent out a message inviting citizens to participate in monitoring juvenile fish in the Snohomish River estuary, I jumped at the chance. He took me into muddy sloughs to set up funnel traps that collect fish on the ebbing tide. It was hard work pulling nets over slippery mud, but the fish we caught fascinated me. I guess I showed promise, because I was then invited to participate in surface trawling in Puget Sound. This research effort, led by Correigh Greene, is testing the effects of estuary restoration on juvenile Chinook salmon populations. 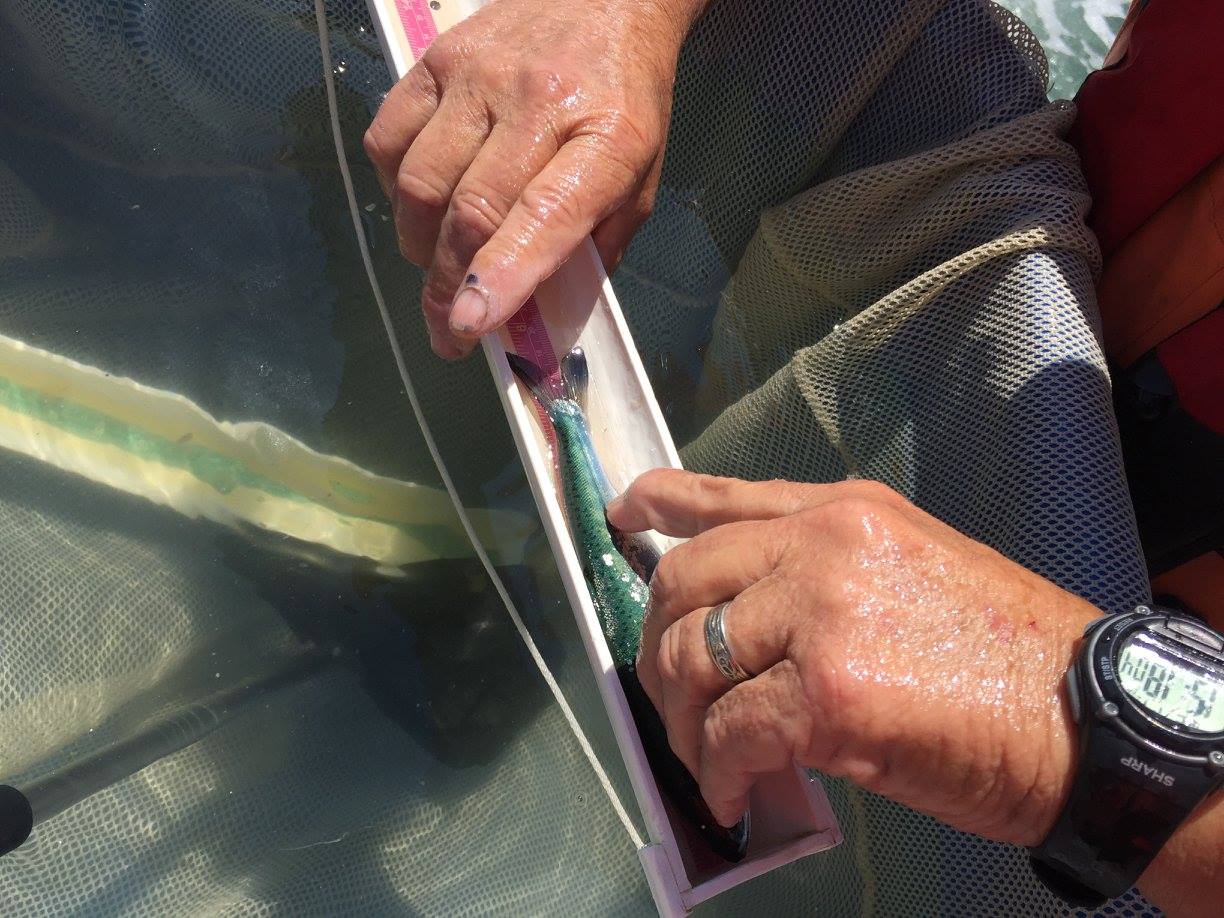 Craig measures a salmon using equipment he made for the surface trawling program, which examines whether juvenile Chinook salmon benefit from restoration in the Skagit River estuary.

Through surface trawling we sample salmon as they migrate out of Puget Sound, as well as a number of other critters such as forage fish, jellyfish, and tiny fish larvae. The work requires fish identification, line handling, and lots of teamwork. I started work on their research cruises in 2010 and continue to this day. I find the changes in abundance of different species over the season and in different years fascinating, and it makes me wonder how water quality and climate change are influencing these patterns.

I love this work: it keeps me active and on my toes, and you can’t beat a good boat ride! Of course, it also helps that the scientists are lots of fun to work with. When I’m not on the NOAA boats surface trawling, I continue working with Beachwatchers. I’m now the #citizenscience lead for the local area, and I’m also active with the County’s Marine Resources Commission (MRC) providing science based advice to Snohomish County Council.

Working with scientists has taught me the huge value of the fieldwork that we do. Governments – whether they be the county, Washington state, or NOAA itself – cannot make good decisions in the absence of scientific information. My advice to other people who might be interested in getting more involved: follow your interests but don’t be afraid to try something new. It may take some sleuthing to find the scientists who are willing and able to do research with the public, but it’s worth the effort to investigate.

This spotlight originally appeared on the NOAA Education and Outreach Facebook page.