WASHINGTON – The Federal Citizen Science and Crowdsourcing Initiative was announced as a finalist in this year’s Roy and Lila Ash Award for Public Engagement in Government by the Ash Center for Democratic Governance and Innovation at the John F. Kennedy School of Government, Harvard University.

As one of four finalists named for the Roy and Lila Ash Award on May 2, 2017, the Federal Citizen Science and Crowdsourcing Initiative will compete for a $100,000 grand prize during presentations to the Innovations in American Government Awards National Selection Committee, chaired by Kathleen Kennedy Townsend, former Lieutenant Governor of Maryland, on May 17 in Cambridge, Massachusetts. The presentations will be livestreamed on the Ash Center website at http://ash.harvard.edu.

The Federal Community of Practice for Crowdsourcing and Citizen Science (CCS) developed a collection of resources, designed by and for federal practitioners, focusing on two approaches to open innovation. Both approaches — crowdsourcing, in which organizations submit open calls for assistance from large groups of volunteer problem-solvers, and citizen science, in which public participants engage in any part of the scientific process — promote public engagement as a mechanism to address complex problems. These approaches represent new types of collaboration and engage members of the public, many of whom might not otherwise be consulted, in research and solution development, thus allowing researchers to gain valuable data and insights.

CCS delivers these resources to the federal community and public through a centralized, high-profile site at CitizenScience.gov. The site contains three dynamic components: a portal to CCS for federal workers, a how-to toolkit, and a catalog containing over 300 federal projects. CCS mobilized 125 of its members to develop the toolkit, which offers guidance to federal practitioners on every aspect of a crowdsourcing or citizen science project from design through data analysis. Complemented by case studies, the toolkit provides the resources needed to pitch, launch, maintain, and scale projects. The catalog follows up on the toolkit and gives agencies the opportunity to detail the opportunities, results, and benefits of projects ranging from tracking weather to transcribing historical records. These resources are continually updated and improved by federal citizen science and crowdsourcing project managers to reflect the most current information. 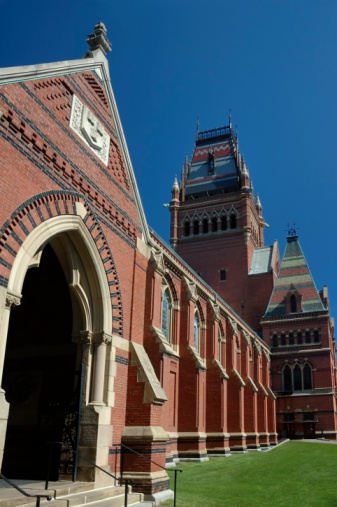 Tony Saich, director of the Ash Center and Daewoo Professor of International Affairs, remarked that these programs “demonstrate the expanding horizons of how technology can be used to engage citizens and disseminate information more broadly than it ever has before. These programs are not just changing the old town hall method of public discourse, but also showing how the principles and tools of engagement, crowdsourcing, and open information can be used in initiatives working to address diverse societal challenges, such as enfranchisement and informed voting, mental health, criminal justice, and community development.”

The Roy and Lila Ash Award for Public Engagement in Government aims to highlight government programs, policies, and initiatives that encourage public participation in a range of budgetary, regulatory, and policy decisions. This award was also designed to recognize those efforts that successfully employ digital technology and crowdsourcing techniques to broaden public involvement in government decision-making and drive problem-solving.

The Innovations in American Government Awards was created by the Ford Foundation in 1985 in response to widespread pessimism and distrust in government’s effectiveness. Since its inception, over 500 government innovations across all jurisdiction levels have been recognized and have collectively received more than $22 million in grants to support dissemination efforts. Such models of good governance also inform research and academic study around key policy areas both at Harvard Kennedy School and academic institutions worldwide. Past winners have served as the basis of case studies taught in more than 450 Harvard courses and over 2,250 courses worldwide.

The Ash Center for Democratic Governance and Innovation advances excellence in governance and strengthens democratic institutions worldwide. Through its research, education, international programs, and government innovations awards, the Center fosters creative and effective government problem solving and serves as a catalyst for addressing many of the most pressing needs of the world’s citizens. For more information, visit www.ash.harvard.edu.