This summer NOAA’s Office of Education is shining the spotlight on citizen science projects across the country. Learn more about the work of Kevin Bailey, Channel Islands Naturalist Corps volunteer at NOAA Channel Islands National Marine Sanctuary who is monitoring whales off the coast of California. 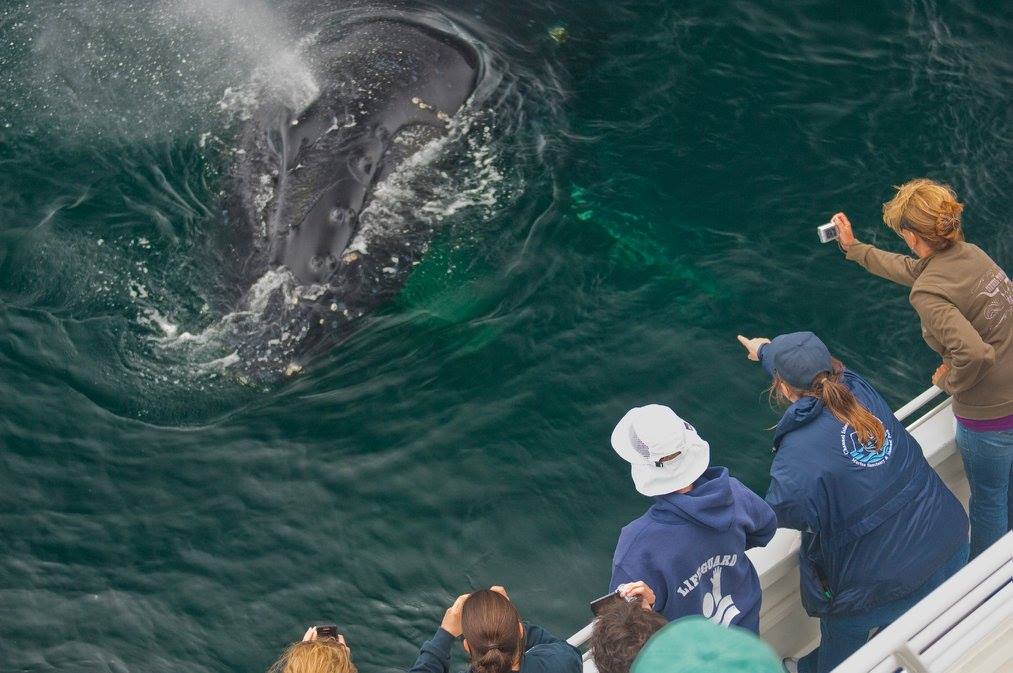 How did you find out about your project?

While out in the Santa Barbara Channel on a whale watching boat, the Condor Express, I was listening to a Channel Islands Naturalist Corps volunteer talking with the public, and I asked many questions throughout the day. I was interested in finding out more about what she was taking photos of with her camera. I have been passionate about photography since grade school, and by growing up near the beach, I have always been fascinated with marine biology, even becoming scuba certified in high school.

Why did you get involved?

How did you get hooked on this?

After starting the program, I quickly migrated to the photo aspects of the Channel Islands Naturalist Corps program. This part of the volunteer program is called PID (Photo Identification) and involves taking photos of certain target species (primarily blue and humpback whales) and recording detailed data about each photo. The data and images are shared with Cascadia Research Collective. I later met

Cascadia’s founder and lead researcher, John Calambokidis, and became even more interested in the program because I could now see that my photos of these whales were truly increasing the understanding of the population dynamics of these endangered species. The data also supports NOAA and Channel Islands National Marine Sanctuary’s efforts to reduce the risk of ship strikes (where container ships hit large whales), and the data documents the travel patterns of large whales into the Santa Barbara Channel on a yearly basis. My individual volunteering photographic efforts were making a difference! When not specifically photographing whales, I thoroughly enjoyed talking with the public about the huge diversity of marine life we have in the Santa Barbara Channel and meeting people from all around the world.

A few years after joining the Channel Islands Naturalist Corps, I helped with beta testing on a new program, Spotter Pro, where we collected the data on a real-time basis on an iPad instead of on paper. This new data collection program was initially on just one whale watching boat, but in the ensuing years, this program would expand to four iPads on boats departing out of harbors in Santa Barbara and Ventura, California. I have organized and coordinated training classes for other volunteers, as well as many individual training sessions of this new mobile application called Spotter Pro.

What are the joys you find in this work?

It has been thrilling to see the expansion and use of a real-time database, where over 140 people, on any given day, report details of marine mammal sightings in the Santa Barbara channel in near-real time. The use of Spotter Pro has evolved and improved over the past few years, offering greater detail and improved accuracy of the data collected. This work provides a direct benefit to the marine life that the entire group and I are invested in protecting. I am currently working with the Channel Islands National Marine Sanctuary Citizen Science Coordinator to continue the improvements to Spotter Pro, as well as teaching new groups how to use it.

What advice would you have for folks who are curious about citizen science?

I would always encourage anyone with a passion for citizen science to seek out a program that not only will they enjoy, but where they will also make a lasting difference.

To get involved in citizenscience at the Channel Islands National Marine Sanctuary visit: http://channelislands.noaa.gov/involved/citizenscience.html

This spotlight originally appeared on the NOAA Education and Outreach Facebook page.