Planets form from vast, swirling disks of gas, dust and rock. We can find out where planets are forming by searching for stars surrounded by these swirling disks; we can also discover newly formed planets by finding other disks containing the leftovers of planet formation, such as asteroids. At Disk Detective, participants help identify stars with disks. Sponsored by the National Aeronautics and Space Administration, Disk Detective is part of the Zooniverse community of citizen science projects. 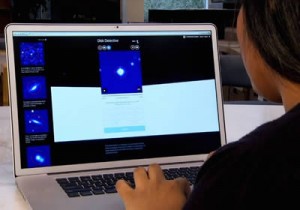 Looking through all that data is tricky, because computer algorithms often confuse the disks with other astronomical objects, such as galaxies and interstellar dust. So NASA decided to harness the image-processing power of the human eye by creating the Disk Detective project. The goal of this project is to find new disks.

Participants examine animated images of the same source at 10 different wavelengths and click on-screen buttons to sort these sources into categories. Advanced users participate in a variety of side projects, such as researching targets for follow-up observation with ground-based telescopes and analyzing the data from these telescopes.

NASA panels for reviewing funding for science research rejected initial proposals to fund the project. Before the project was funded, competitors  made many interesting discoveries that NASA citizen scientists could have made with the same data.

When funding became available, the NASA Goddard Space Flight Center had no programmers who knew the required Web development and database languages (such as Java and Ruby). This forced project leader Marc Kuchner to outsource the site development.

Then, before the Disk Detective website could be launched, large amounts of data needed to be downloaded and processed, and NASA data servers could not handle the load. Also, the assigned NASA science writer was tapped for other projects, making it  a challenge to coordinate the website launch with a NASA press release.

Long after the launch, colleagues in the international astronomy community continued to express misconceptions about the project. Some regarded it as an education or outreach project that could unfairly take research dollars away from professional scientists.

About 30,000 participants are working to identify stars that have disks, helping scientists understand how the solar system formed and where to find extrasolar planets. By the end of the project’s first year, this work had already yielded hundreds of interesting disk candidates that the science team is re-observing with telescopes in Chile, Argentina, California, Arizona, Hawaii and New Mexico.

In particular, Disk Detective is adept  at finding unique disks that are roughly twice the mass of the sun; young stars that are not part of known stellar clusters or associations; and disks around older, evolved stars such as white dwarfs. The disks and planetary systems found by Disk Detective will likely be targets for NASA’s upcoming James Webb Space Telescope mission. Disk Detective is currently on schedule to be complete  when the space telescope launches in 2018. 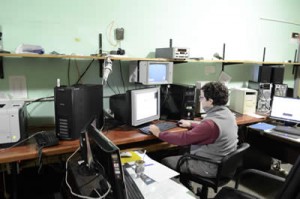